A Rich Tradition Since 1895

In 1895, the first batch of Postum was made by C.W. Post in a small white barn in Battle Creek, Michigan. Little did he know that his cereal beverage would become a mainstay in American cupboards, celebrated for its roasted flavor and its association with warmth, comfort and family tradition.
Building a Loyal Following

Postum was introduced as the first product in the new Postum Cereal Company, which became General Foods in 1929. Attracting a large following of loyal users, Postum became the top-selling coffee alternative and other caffeinated beverages. During World War II, Postum’s popularity soared as Americans sought a coffee replacement, which was being rationed. Like so many others before them, these new families tried Postum – and loved it.
“Bring Back Our Postum”

In 2007, the beloved brand was discontinued when Kraft acquired Postum through General Foods. Postum lovers responded with a passionate campaign to “Bring Back Our Postum”, using online petitions, blogs and websites to garner support. Their voices were heard loud and clear. In 2012, the coffee substitute, Postum, was purchased by Eliza’s Quest Foods of Charlotte, North Carolina. The company was founded by June and Dayle Rust, two long-time Postum users who grew up with it in their families and who appreciate the deep emotional connections with the brand.

So raise a mug and toast the return of an old friend – because Postum is back, using the same original recipe used by C.W. Post.

A Stroll Down Memory Lane

From the start, Postum advertising was as unique as the beverage itself. C.W. Post was a pioneer in using coupons, samples and product demonstrations to encourage purchase. The coffee alternative was also known for its feisty crusade against the dangers of caffeine, using the slogan “There’s a Reason”. One campaign featured an evil villain named Mr. Coffee Nerves who appeared in print ads and radio commercials. Here are some examples of Postum advertising, which can now be appreciated as vintage slices of Americana. 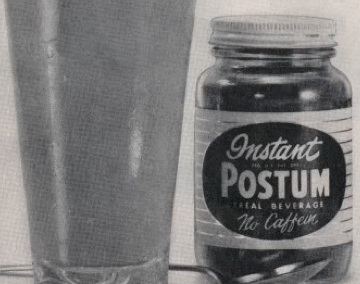 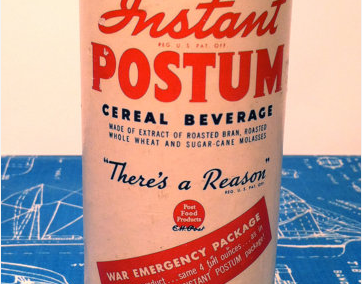 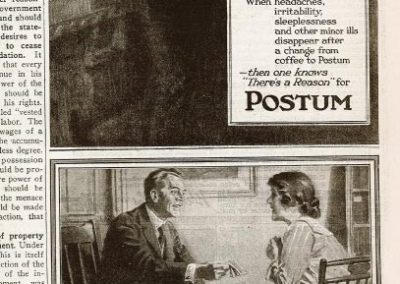 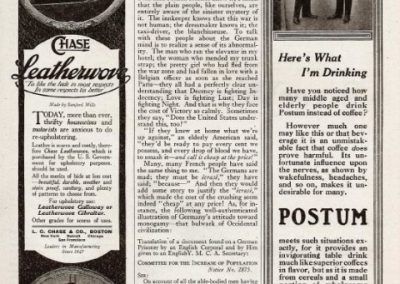 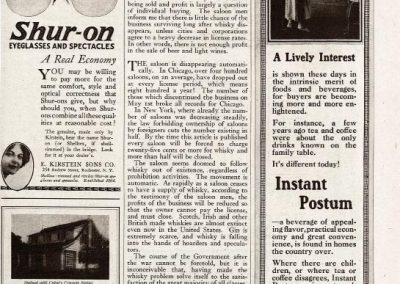 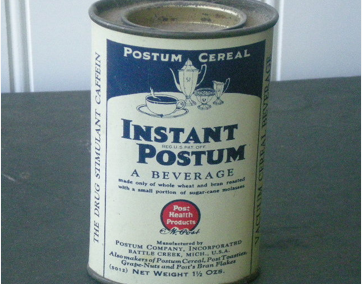 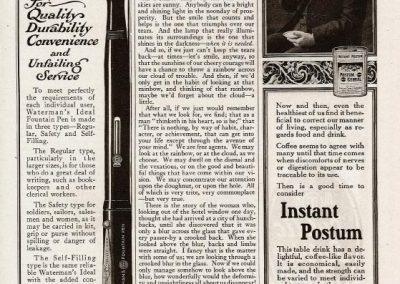 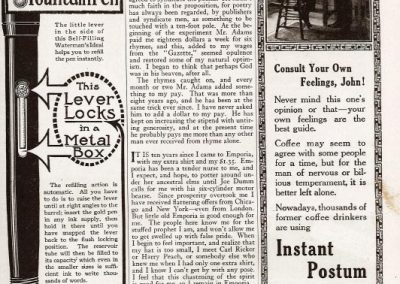 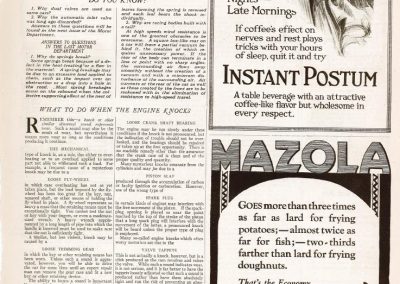 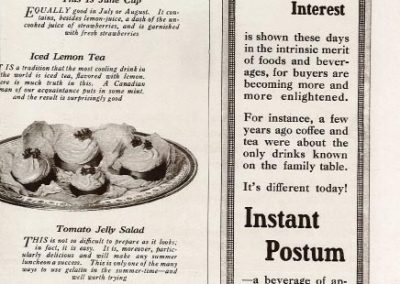 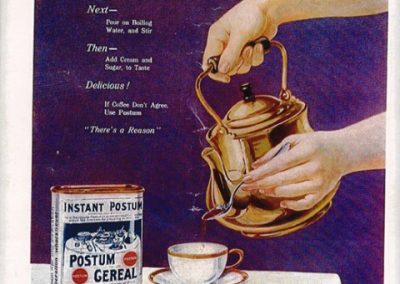 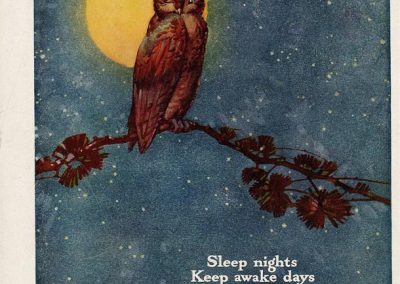 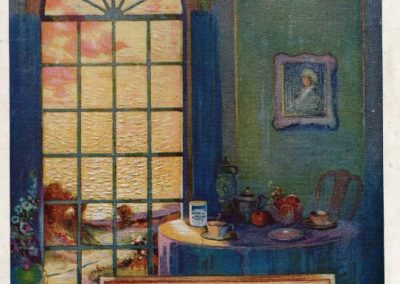 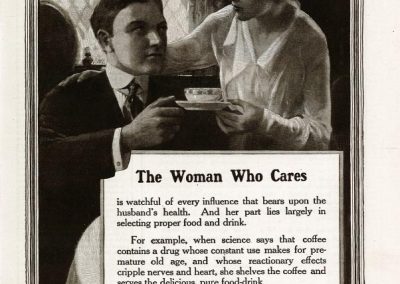 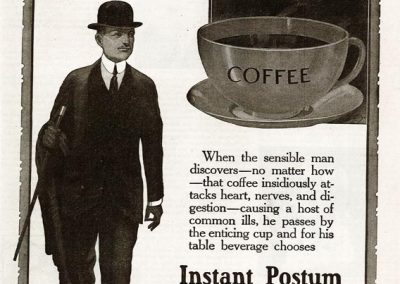 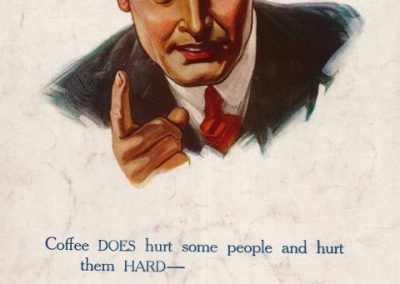 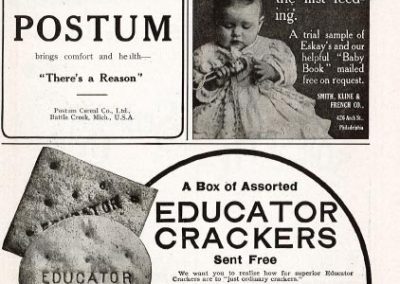 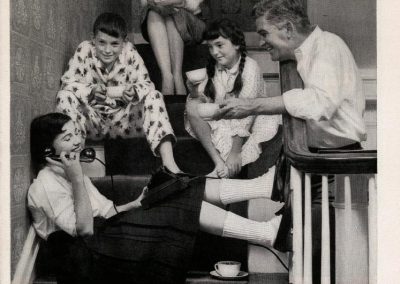 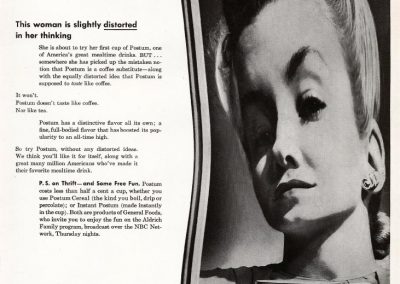 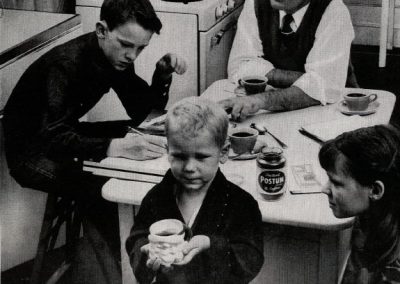 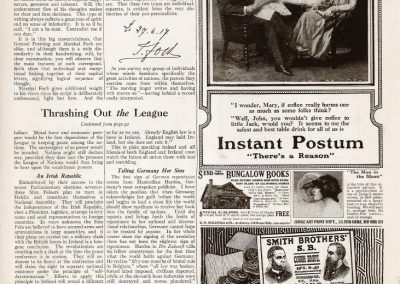 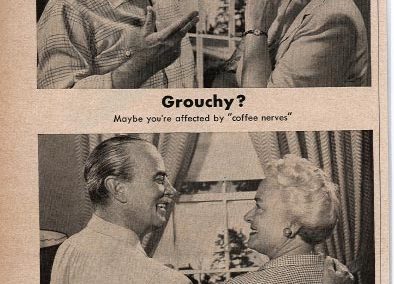